Mr. Sunil Kant Munjal is a business promoter, an institution builder, a social entrepreneur, an angel investor, and a thought leader.

He has been joint managing director of Hero Motocorp and is currently Chairman of Hero Enterprise. Besides being an investor, Mr Munjal actively oversees higher education, healthcare & capacity building projects managed by various family trusts.
He is Founder, Serendipity Arts Foundation, a unique social project that promotes and incubates fine and performing arts; he is also President of the Ludhiana Sanskritik Samagam, an organisation that promotes performing arts across North India. 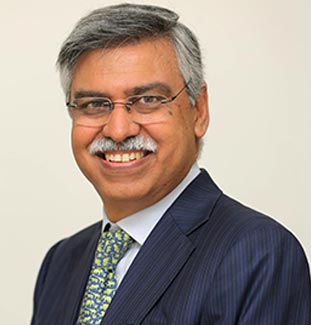 He sits on the boards of India’s iconic educational institutions including ISB, IIM (Ahmedabad) and SRCC. He also heads board that manages The Doon School, India’s premier high school. He is also a board member, DCM Shriram Consolidated, Coca Cola India Advisory Board, Bharti Foundation, and several Hero Group companies.

Has headed India’s premier industry (CII) and management bodies (AIMA). He has been a member of Prime Minister’s Council on Trade & Industry that advised former Indian Prime Minister Manmohan Singh on economic issues. He also chaired the Study Group on Skill Development, Training and Workers’ Education constituted under the Second National Commission on Labour Reforms.

He has prepared a number of socio-economic reports in the areas of skill development, vocational training, CSR and tribal development. He’d made a presentation on skills and training to the PM’s Council, and this triggered many future initiatives on skills. Likewise, his presentations on red tape to the PMO, the commerce and finance ministries activated key policy changes currently being introduced under Ease of Doing Business.

In 2005, Shefali pioneered the Hero Group’s foray into insurance distribution; she has since transformed a modestly sized division that sold 5000 policies a month into a high growth enterprise that sold over 800,000 a month in 2017. The distribution business has sold 60 million plus policies, with more than 10 million policies sold in FY17 alone — a feat unparalleled in India’s insurance industry.

These efforts have won her a place in the Business World list of Achievers Under 40. 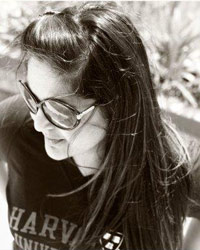 Besides sustaining the growth of Hero Enterprise firms, Shefali is involved in developing futuristic and sustainable businesses that are profitable and socially meaningful and in also nurturing entrepreneurs with innovative business models and technologies that can become global in scale.

Shefali is passionate about levering business and management acumen for socially relevant causes and leaving behind a legacy of responsible capitalism. Through the family office of Hero Enterprise, she is supporting startups that focus on digital learning, community transportation, healthcare, women empowerment and children’s education.

She is also a Trustee of Serendipity Arts Trust, a unique social project that aims to revive patronage in the arts and plays a pivotal role in designing and executing the Annual Serendipity Arts Festival in Goa, India’s largest and most ambitious interdisciplinary arts festival. Shefali is also independently involved with “Delhi 10,000” — a charity that focuses on feeding people through annual events around the slums of the Delhi.

Shefali is a member of CII’s National Committee on Insurance & Pensions and a founding member of the CII Young Indians Council and the Delhi Chapter of the Entrepreneurs Organization.

Shefali’s strong business and social credentials stand on the bedrock of academics. She was a CBSE Class 12 topper, and is an alumnus of The Lawrence School, Sanawar. She studied at Sri Ram College of Commerce (SRCC) and acquired her Masters in Science with Distinction from Warwick University UK. She also attended the Owner President Management Programs at Harvard Business School and Executive education at INSEAD.

Shefali is also an avid and accomplished photographer, and her work has been featured at prominent photography exhibitions in Delhi.

Mr. Jogendra Singh is President (Finance) for Hero Corporate Service Private Ltd. and is responsible for Finance operations of Hero Enterprise which includes companies engaged in manufacturing, Real Estate, Service industry, Educational Institute and Insurance Broking operations. He is also on Board of several companies in Hero Enterprise. An industry veteran for over 30 years, Jogendra has donned various roles in various Hero Groups’ ventures and initiatives in the current and earlier assignments.

Till Dec 2015, Jogendra Singh was Chief Accounting Officer for Daimler India Commercial Vehicles P Ltd responsible for Finance, taxation and External Affairs. As first employee of the Greenfield venture of Daimler in India, Jogendra has been instrumental in the establishment of Daimler’s entry in India with the promise of bringing a leap in the technology for commercial vehicles market in India. 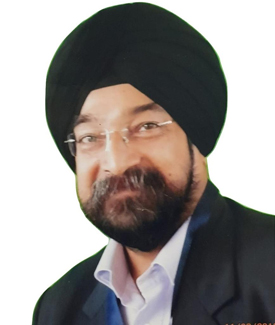 He has served as CFO for Hero Cycles Ltd (CRD). He has represented Industry on various forums and has spoken at CFO Transformation Summit, Mumbai, CFO Engagement Conclave on Artificial Intelligence at Delhi and CFO Conclave by CII Telangana.

He was awarded ‘Honorary Doctorate-“Doctor of Excellence" in the field of “Financial Management", by University of Entrepreneurship & Technology, UET, USA in Jan 2019.

He has taken keen interest in interacting with students in India and abroad including at IIM, Sambalpur, IMT, Hyderabad and Ghaziabad and colleges affiliated with Pokhra University, Nepal. Jogendra is a Chartered Accountant and a graduate (7th place in the Merit List) and post graduate of Commerce from Agra University.

Mr. Amit Kumar Aggarwal joined Hero Enterprise in 2003 and has over 27 years of post-qualification professional experience in diverse areas including M&A, Family & Investment Office, Accounting, Treasury and Finance and works very closely with the Promoters at the Investment Office of Hero Enterprise. Before joining Hero, Amit worked with Daewoo Group of South Korea and IFCI Limited (a development finance Institution in India). Amit is a Commerce Graduate from Shri Ram College of Commerce, University of Delhi and holds professional qualifications of Chartered Accountant and Cost Accountant. 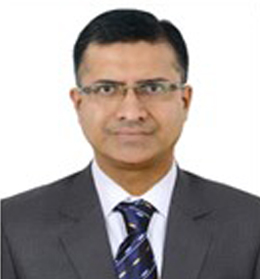